Showing posts from October, 2012
Show all 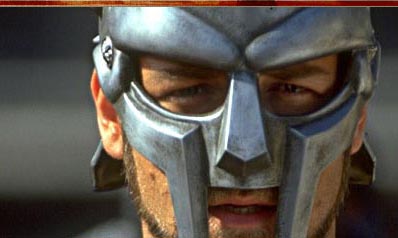 At a recent Women’s Vision Foundation forum, one of the speakers was Brené Brown, author of The Gifts of Imperfection . She talked about how much courage it takes to become vulnerable; to connect with others, allowing them to show patience, understanding and compassion or a lack thereof. A scene came into my mind when she challenged us to “step into the arena”. In the movie, Gladiator , Maximus Decimus Meridius and his cohorts (who were recruited criminals, slaves, fugitives, and prisoners of war) stand behind an iron gate, about to enter the gladiator games where they will either defeat their opponents or die a violent death to the sheer delight of the blood thirsty crowd. In this scene, the man standing in front of Maximus is so frightened that he urinates down his leg. Duly noted, Maximus quietly takes one step backward. Here we see the contrast between a trained, fearless military commander who sees victory waiting and an individual shaking in terror, seeing his life flash befo
2 comments
Read more 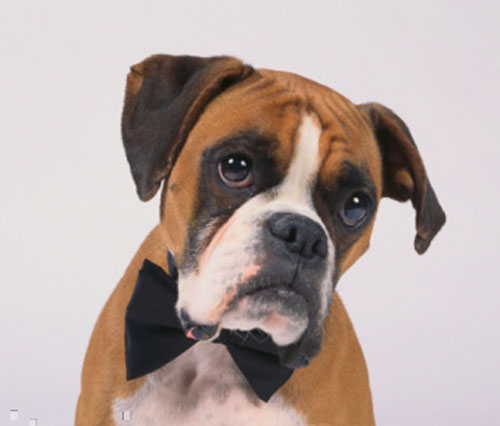 John was a HOBO Volunteer. He trained homeless Boxers (canines) to be "more adoptable" through obedience. You see, boxers are a curious breed. Most people don't realize that they will clear a four foot chain link fence because of an innate need to explore. According to John, they typically have problems hearing and are either born deaf or eventually go deaf, necessitating hand commands. The breed was actually used by the military before German Shepherds. Because they are extremely dedicated, the trainer becomes their "parent". Their downfall: because of loyalty, they suffer abandonment issues and have been known to starve themselves to death when given over to the new owner. Upon this discovery, the military switched over to German Shepherds, who can transfer that devotion over to their new handler. Specific to certain breeds are certain dispositions, and people who don't understand dogs shouldn't own them. Australian Shepherds, for instance, are bred
3 comments
Read more 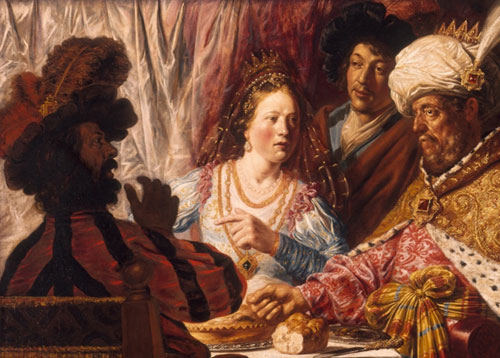 Last August, I joined my cousins for a tour of the Rembrandt exhibit at the Art Museum in Minneapolis. As the tour guide took us from painting to painting, she went to great lengths explaining how to recognize an authentic Rembrandt painting from those created by his students who worked his studio under his tutelage. By the time the tour had ended, we were able to identify the difference in style, technique, lighting, shadows, angles, and color pallets. The painting which most caught my attention depicted the Old Testament story of Esther. Rembrandt had captured the attitudes of Queen Esther and her Uncle Mordecai  as they boldly exposed the wicked  conspiracy  of Hamen to annihilate the entire Jewish race. King Xerxes  is glaring at Hamen, (in whom he had trusted all matters of the kingdom), with both anger and disbelief. Hamen is painted with darker hues while Esther is painted with a much brighter pallet, giving her the appearance of a fair complexioned redhead.  As a side-not
Post a Comment
Read more 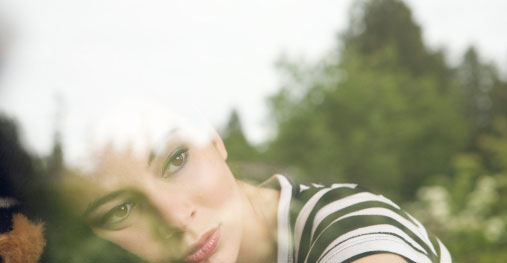 As a graphic designer, the goal when creating logos for my clients is to reflect their business identity with something simple but eye-catching and memorable. Color is not as critical as shape. Once that brand is solidified, it must be strategically placed for the target audience. Obviously, the more it's seen, the bigger the likelihood of it being called to mind when needed. The best logo design has no affect if not well marketed. The Greek term " logos " (λόγος), is translated "word" but this meaning gradually extended to include other concepts such as speek, thought, reason, principle and logic. When the Hebrew Scriptures were translated to Greek (the Septuagint ), this word was used for the Word of God in creation of heaven (Psalm 33:6). In the New Testament, the Apostle John used it repeatedly to describe Jesus: "In the beginning was the Word, and the Word was with God, and the Word was God. He was with God in the beginning. Through Him all things we
2 comments
Read more
More posts